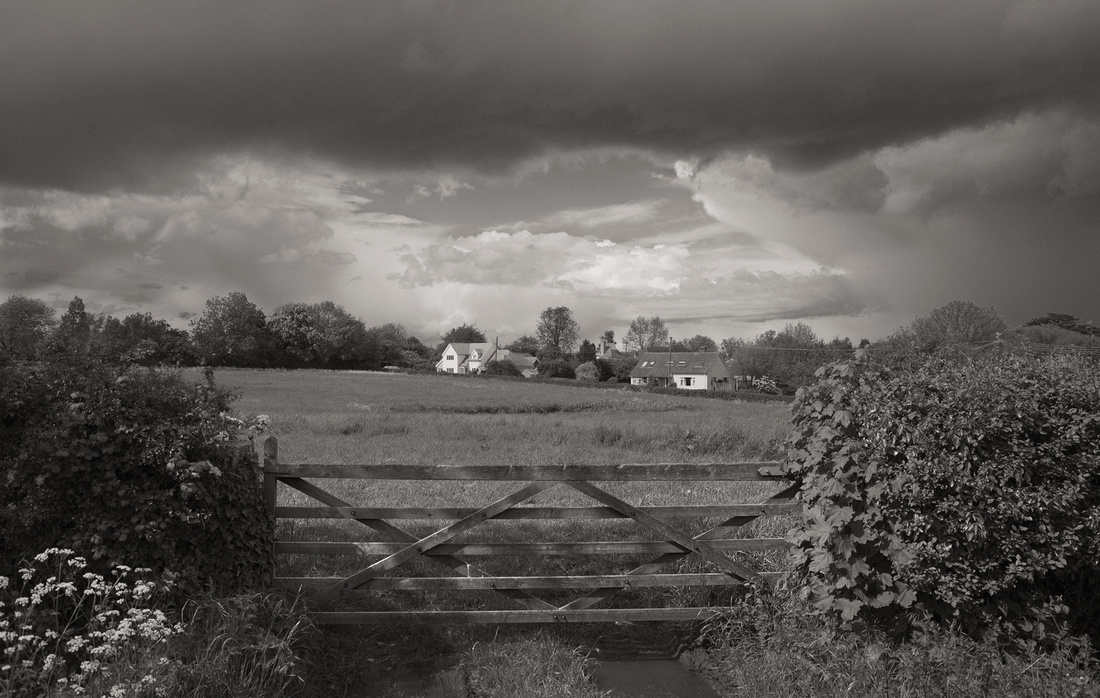 Kingston village, Cambridgeshire, May 2015. I have a collection of "Photograms of the Year" photo annuals from the 1930's and 40's, including some that belonged to my father. He worked for the RAF as a civilian, repairing Spitfire radios during the war, in Worcestershire, where I was born.  This and similar photographs are directly inspired by the "Photograms" annuals that I saw as a child. Duxford, Bourn and Gransden Lodge airfields, used in WW2 from where RAF aircraft flew in these skies, are nearby, and still used for airshows and civilian  flying. Sometimes, I see a Spitfire above these fields and villages, almost certainly from the Imperial War Museum at Duxford.